PCR tests are not prone to false positives, despite what people say on Facebook

Infectious disease experts are again pushing back against “armchair” molecular biologists who continue to make false claims about PCR tests — the primary method for diagnosing COVID-19.

These claims have circulated on social media since the beginning of the pandemic and have been repeatedly debunked, but nevertheless they persist in a variety of forums.

One of the most common false claims is that PCR tests are prone to huge numbers of false positives, and this is often rooted in a misunderstanding of how the tests work, says Jonathan Jarry, a biological scientist with McGill University’s Office for Science and Society in Montreal.

Molecular biology is complicated, and Jarry said it’s easy for people to pick up on a tidbit of information that, in itself, is true but then jump to much larger conclusions that are not accurate.

“We’re all susceptible to it,” he said.

“I’m not accusing other people of being dumb or stupid or ignorant. These are biases that we all have to deal with…. It’s just part of being human.”

Experts say PCR tests are routinely described as the “gold standard” for a reason. The National Human Genome Research Institute in the United States describes the technology as “one of the most important scientific advances in molecular biology.”

The main advantages, especially during a pandemic, are that the tests are highly accurate, sensitive — and fast.

PCR, which stands for “polymerase chain reaction,” is a method of repeatedly copying a segment of genetic material.

It is used to quickly amplify tiny amounts of DNA fragments so that they can be studied in more detail.

Modern labs use this method to test for all sorts of different pathogens, including viruses, bacteria, fungi and parasites. 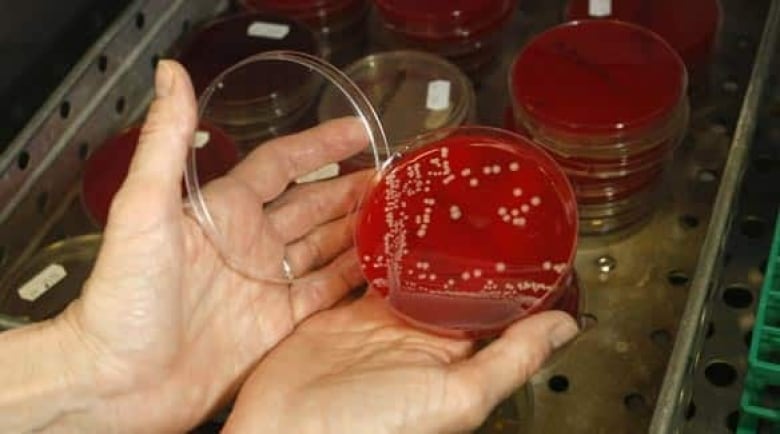 An employee at a microbiological laboratory in Berlin displays a bacteria strain inside a petri dish containing agar jelly for bacterial culture in this file photo from 2009. (Fabrizio Bensch/Reuters)

In the past, scientists had to rely more on “culture-based” methods, which involved growing live pathogens in a controlled environment, said Graham Tipples, medical-scientific director with Alberta Precision Laboratories’ Public Health Lab.

“It takes a day to a couple of days to do that,” he said. “And it can be non-specific, meaning you’re not absolutely sure it’s that [particular] virus you’ve detected, because some of them can look the same.”

PCR tests, by contrast, look for a genetic marker that is unique to a particular pathogen, giving scientists more certainty in the results.

“The PCR test that we use has been confirmed to be highly specific for SARS-CoV-2, the virus that causes COVID-19,” said Dr. Deena Hinshaw, Alberta’s chief medical officer of health, who recently devoted a news conference to combating “myths” surrounding the tests.

“It does not react to other viruses, even other coronaviruses,” she said. 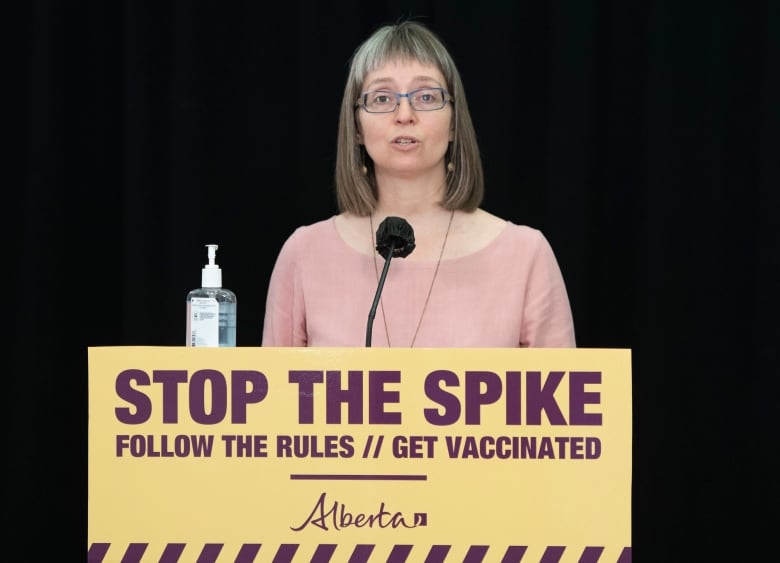 Dr. Deena Hinshaw, Alberta’s chief medical officer of health, provides an update on COVID-19 on May 11. She says PCR tests allow labs to detect the virus in people who are ‘at the very beginning of their illness’ because they’re so sensitive. (Chris Schwarz/Government of Alberta)

The other advantage of PCR tests is how quickly they can be performed.

“You can set these sort of tests up for very high throughput on a robotic system,” said Tipples, whose lab has performed millions of the tests over the past year.

PCR tests are also “extremely sensitive,” he said, meaning “you can detect very small amounts” of a pathogen in a given sample.

This is especially helpful with COVID-19, Hinshaw said, because it enables labs to detect the virus in people who are “at the very beginning of their illness” and don’t yet have large amounts of the virus present in their bodies.

It also means that PCR tests will still detect small amounts of the virus at the tail end of a person’s illness, when their body has mostly fought off the virus.

Even small amounts of dead virus can be detected — and that fact is something experts say has been twisted into false claims about the tests being flawed. 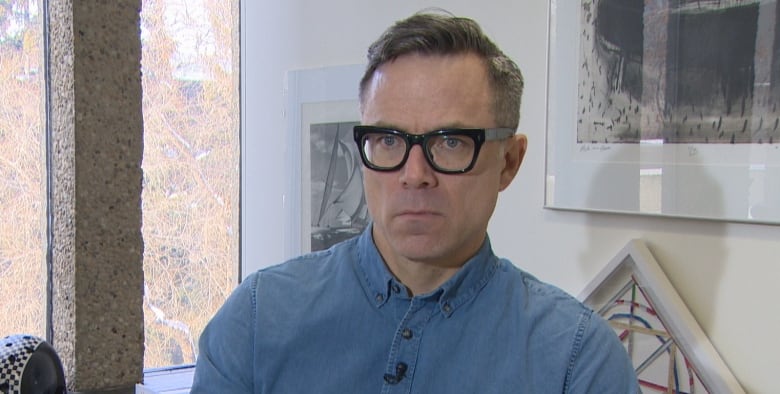 Timothy Caulfield, a Canada research chair in health law and policy at the University of Alberta in Edmonton, says some people are deliberately misrepresenting how PCR tests work, which ‘fits so well’ into a broader conspiracy theory about the pandemic. (Craig Ryan/CBC)

The problem is compounded by the fact that some people are deliberately misrepresenting how PCR tests work, says Timothy Caulfield, a Canada research chair in health law and policy at the University of Alberta in Edmonton.

“I think one of the reasons that it doesn’t die is because it fits so well into the broader conspiracy theory that the entire pandemic is a hoax and that the harms have been overblown,” he said.

A term that’s often heard in social media circles where these myths perpetuate is “cycle threshold” (CT), which refers to the number of copying cycles it takes for the genetic material of a virus to be detected by a PCR test.

“The most common claim that I see is that the CT values are too high, therefore the test is unreliable,” Caulfield said.

A high CT value indeed corresponds to a small amount of virus, but this says more about the sample than about the patient. The quality of a sample can vary depending on the sampling method (for example, a nasal swab versus a throat swab), the technique of the health-care worker who takes the sample, the age of the sample and other factors. 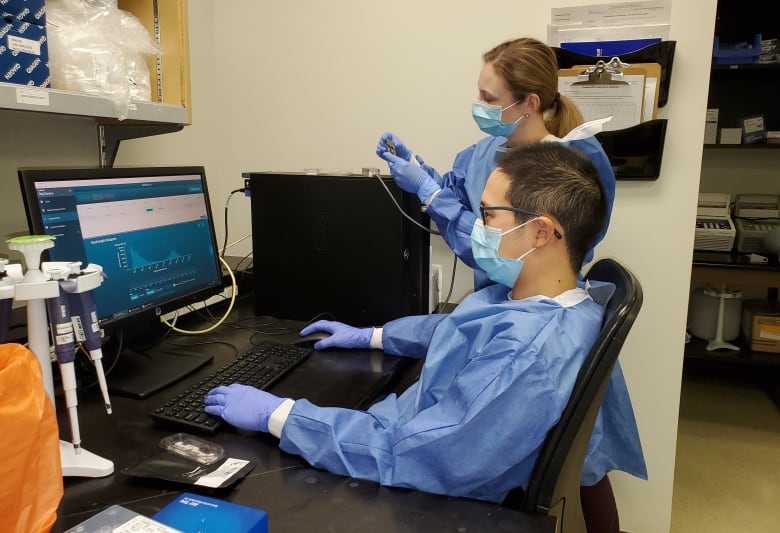 The main purpose of a positive PCR test, in the context of COVID-19, is to determine whether the virus is present, not how much of it happened to be present in a particular sample.

“If the piece of DNA cannot be copied, there is no virus in the sample, or there is such a low amount that even this very sensitive test cannot detect it.”

A positive test at a high CT value simply indicates there was a small amount of virus in a given sample. It could be because the patient has a low viral load, which could mean they are at the beginning of their illness or at the end of their illness. Or it could be that the sample itself just didn’t pick up much virus.

“Any test needs to be used in the right clinical and epidemiological context,” said Tipples of Alberta Precision Laboratories.

“But you cannot just override the fact that you’ve got a positive test and report it out as a negative. That makes absolutely no sense.” 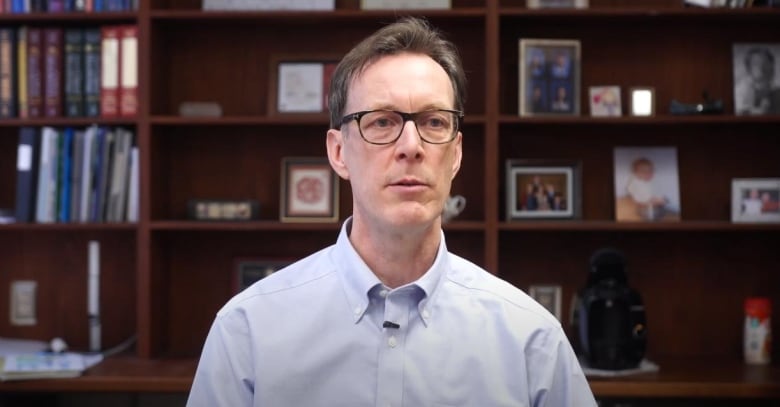 Graham Tipples, medical-scientific director with Alberta Precision Laboratories’ Public Health Lab, says the ‘old-school’ approach to testing is ‘very labour intensive’ and much slower than PCR tests. His lab has performed millions of tests over the past year. (AHSChannel/YouTube)

If anything, experts have been more concerned about the chance of false negatives from PCR tests for COVID-19, which depend heavily on when a swab is taken relative to the period of infection.

A study last year found that the tests virtually never detect the virus on Day 1 of infection and tend be at their best on Day 8, but even then there can be false-negative rates of up to 20 per cent. After Day 8, the study found the rate of false negatives increases.

Epidemiologists factor this into their decision-making. This is why you hear of “probable” cases of COVID-19, which are often labelled as such when a person with a known exposure has symptoms but no positive test.

Conversely, public health officials also factor in the chance of PCR tests picking up dead virus in a patient who has recovered and is no longer infectious.

“This is exactly why we do not require a negative test before ending isolation,” Hinshaw said. “And why we focus on testing at the start of symptoms and early after exposures have happened, to minimize the impact that this prolonged shedding could have.”

All of this is to say that infectious disease is complicated, and PCR tests are one part of the larger COVID-19 picture.

Experts in the field spend careers learning the intricacies of it all, so Jarry, of McGill University, said it can be frustrating when “armchair” scientists pick up on a tidbit of information and spin it into incorrect conclusions.

“There has to be a certain level of intellectual humility,” he said, “to be engaging with these ideas.”